What makes up the ear? 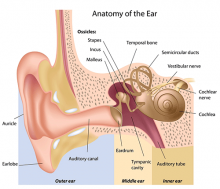 The ear is made up of 3 parts- the outer, middle and inner ear. The outer ear includes the external ear (pinna) and the ear canal down to the ear drum (tympanic membrane). The middle ear is the part behind the ear drum and contains the three small bones of hearing. The sounds travels down the ear canal and vibrates the ear drum which in turn moves the small bones of hearing, thereby transferring the sound to the cochlea (inner ear) which transmits the sound to the brain. 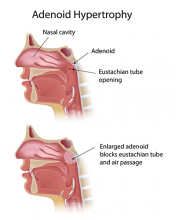 Which part of the ear is most often affected in children?

What types of conditions can occur in the middle ear? 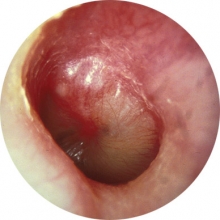 What is glue ear? 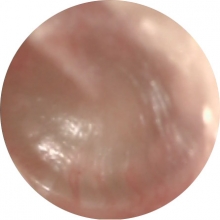 Glue ear (otitis media with effusion) is when there is a fluid build up behind the ear drum. It is usually painless but can affect your child's hearing and may interfere with sleep in young children. The fluid prevents the ear drum from vibrating and thus the sound is not transferred to the small bones of hearing (see picture at the top of this page). This is like your child is hearing under water. In turn this can affect speech and language development. If the fluid is present for longer than 2-3 months then your child may benefit from grommet insertion as the fluid is unlikely to clear on it's own after that time.

We are currently in unchartered waters with the COVID-19 pandemic. At ENTSA we are, as always, committed to the health and wellbeing of our staff and our patients. Ear, nose and throat examinations and surgery however are considered extremely high risk for virus transmission and so we are making changes in our practice.

The current recommendations from the Australian Society of Otolaryngology Head and Neck Surgery (ASOHNS) are:

As a result of this, our practice is changing. We are still here to care for new and existing patients. We have established a Telehealth system to enable continuity of care for existing patients and a ‘non-contact’ option for new patients to access an initial assessment and commencement of treatment.

We will still see some patients in the office however this will be limited to protect the health of you and our staff.

If you attend, we ask you to comply with the following: